When Dan shouts ‘vacă’ everyone lie on back with feet i... 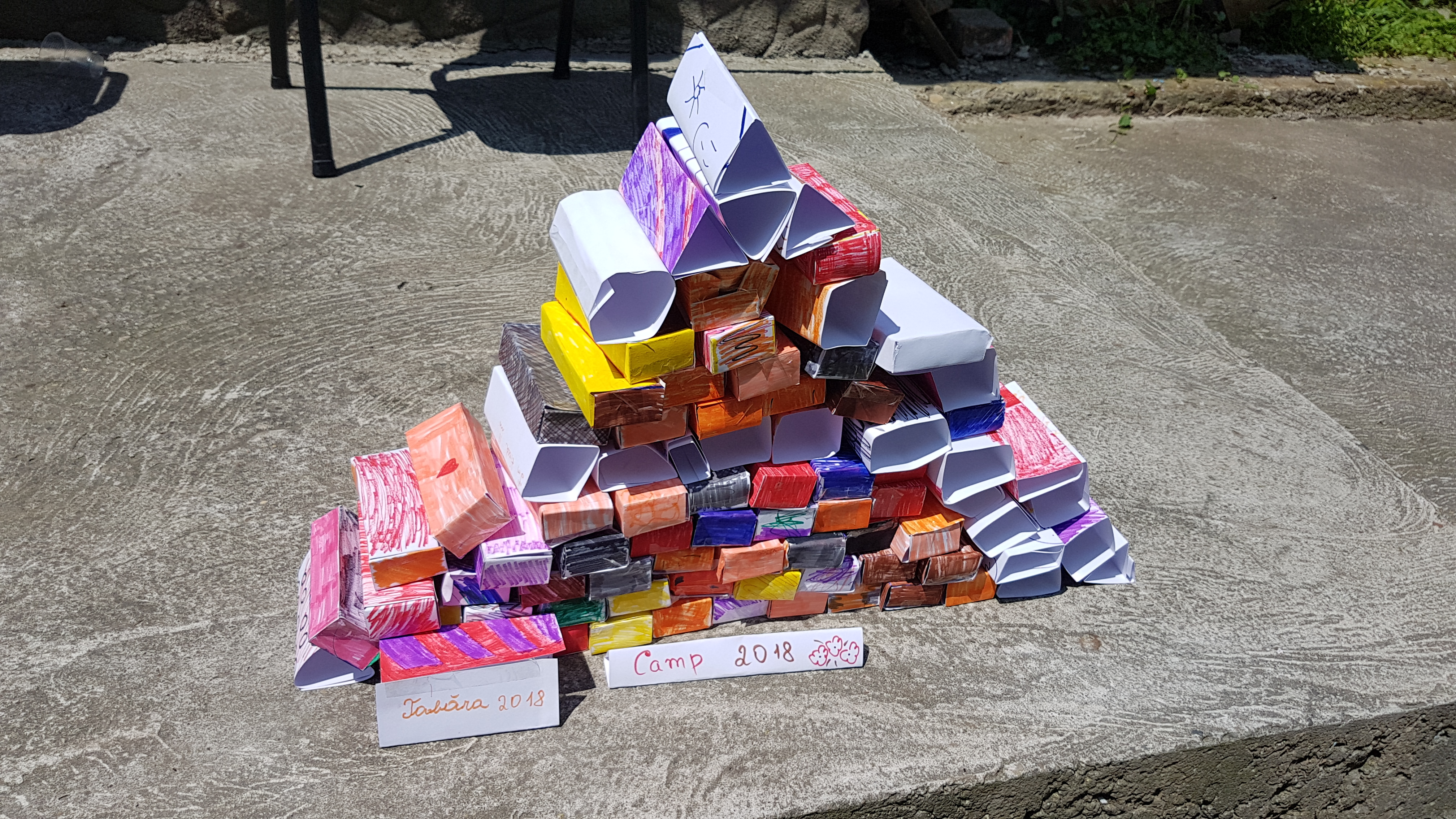 Great to see new faces at the camp today. Just yesterday we were reflecting on the stronghold that Orthodoxy is within this area, and so to see more families coming and engaging even in just a very small way is so uplifting.

Once we had played the normal selection of fresh games we began by making them all slaves and forcing them to make bricks… And they had to be good quality… Although Pharoah Steve became very generous. 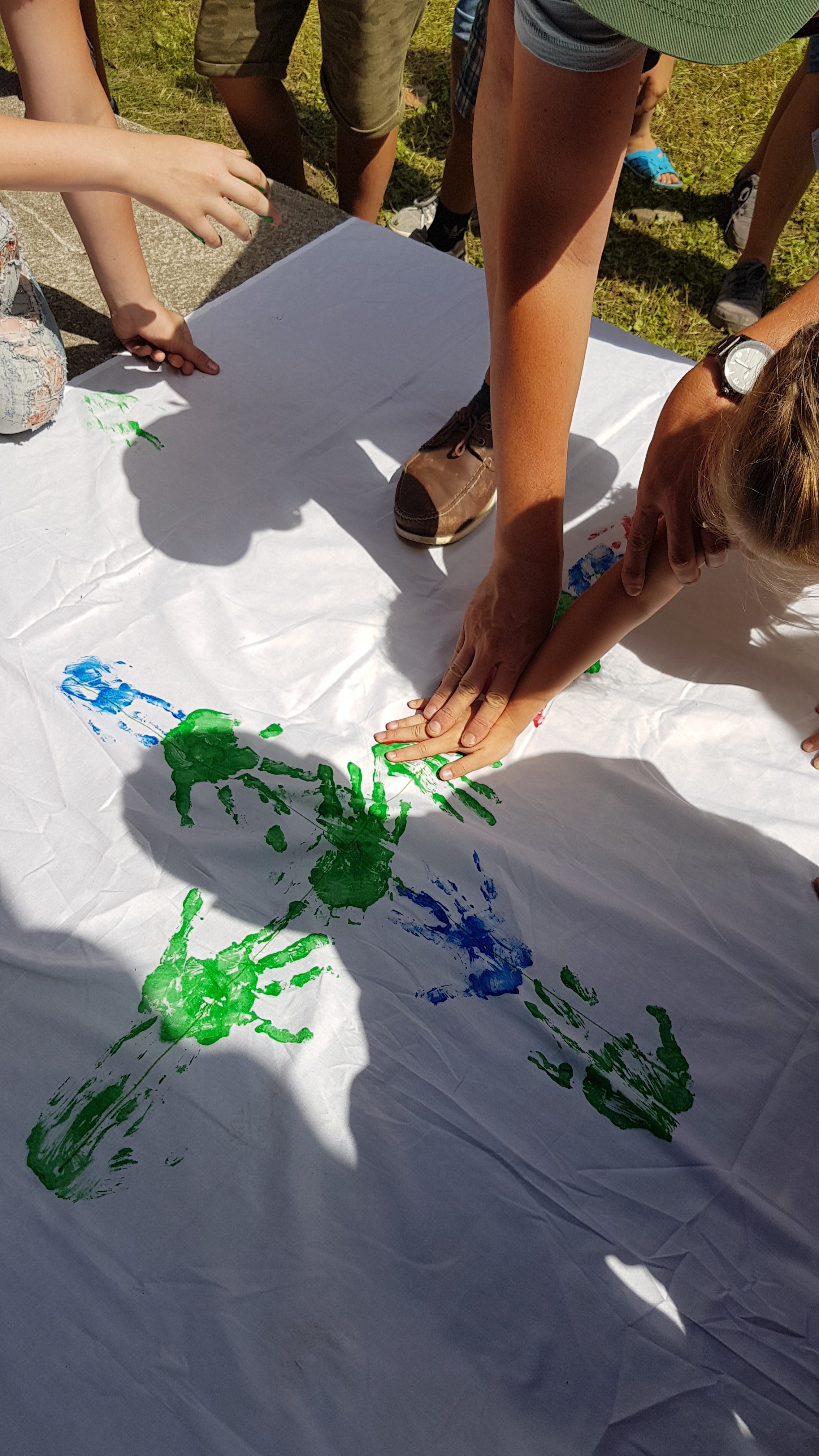 The slaves cried out and we heard and demonstrated the first 9 plagues… Remembered by playing the classic game of Plague Coming…a bit like captain’s coming… But with Nile, frogs, cows and storm being among the instructions. 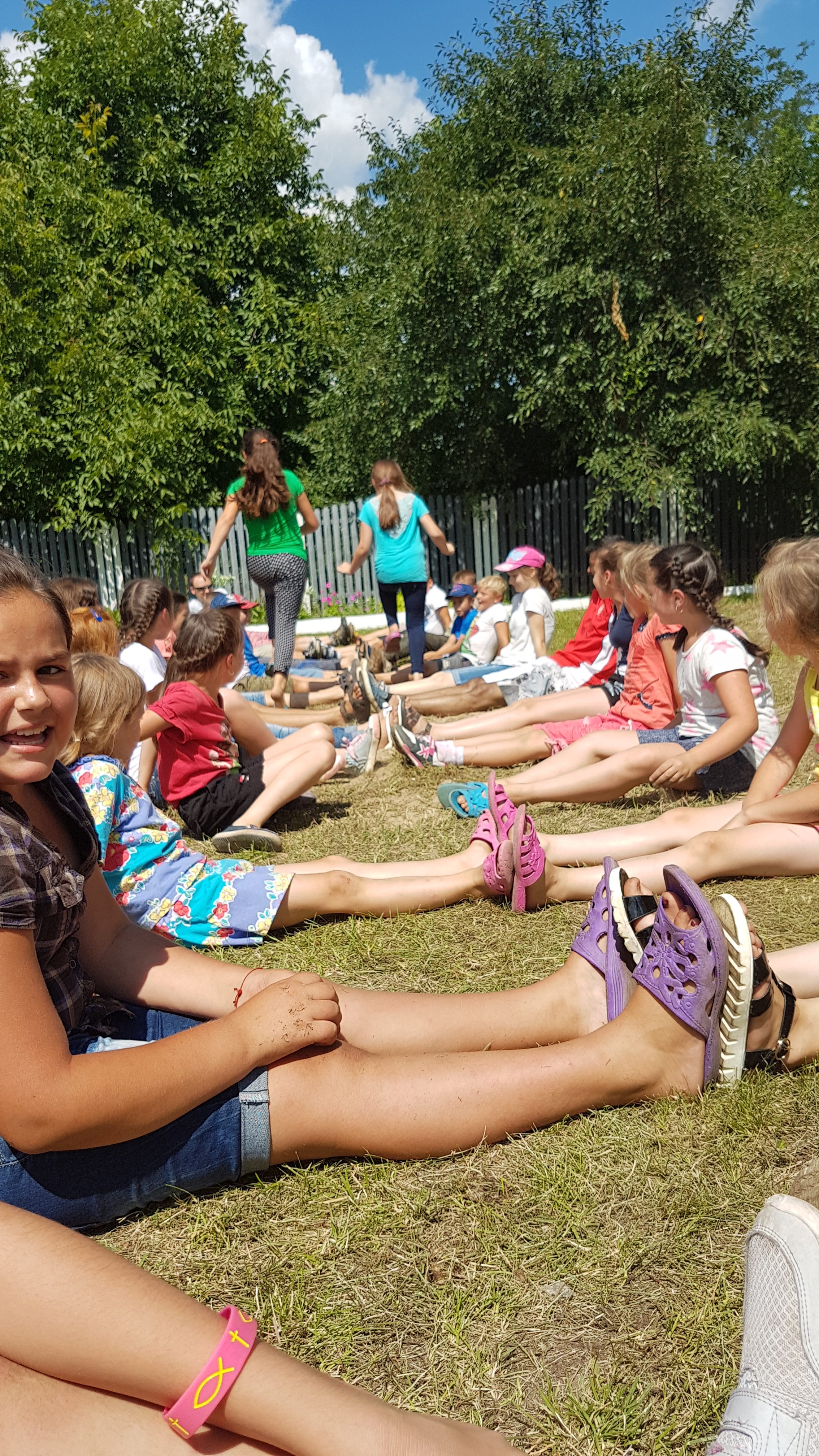 We had a good time of singing then we encouraged the children to write or draw their favourite things. These were placed on the ground and the cross made from handprints was put above then to show that Jesus should be more important…

Such a great camp and every member of the team is brilliant… The pastor and his wife and family, The family we are staying with, with their the daughters, and Sami, Cornelia and their children,  brother and his children. The whole team came over to ‘our place’ and or hosts fed the large group with much left over. Such a great family.

Games and chat followed this until the teams came out. One thing to be thankful for: on Ukrainian TV there is 15 minutes of adverts during half time!

The rest of the team are fascinated to see the look on our faces in the morning… We are teaching about freedom – how can we not be joyful?

PS Ekua ‘pill in bottle’ won a game this evening!